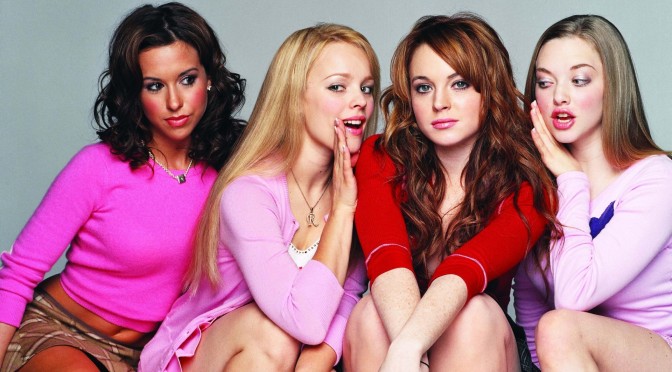 So, if you don’t live on Mars, you may have heard certain members of the female society saying certain things about each other. “Oh my God! Can you believe she’s wearing that?” “Dear Lord what was she thinking? That’s a belt, not a skirt!” Admit it, you’ve all heard it (a lot). The thing is, the girls who are judged and complain are often the girls who judge as well. And the girls who judge and whisper behind their hands would be devastated if any of these words were turned against them. Why? They’re just words after all. But those words carry a judgment, and with that an identity.

Even if not vocalized almost everyone makes a snap judgement the moment they see someone. Everyone judges everyone, but girls judging girls is what happens most often, and is what can be the most vicious. I have been a girl for my whole life (surprise surprise) and I have noticed two things. People are either a) hesitant to admit something they know is wrong but do anyway or b) ready to admit it, but unsure what makes it wrong. For example, girls are jumping up and down to say they have been judged, but when asked if they judge others the answers are slightly iffier. Most of them start with, “weeeeellllllllllll” and just go from there.

One analysis of this past paragraph is that the teenage female species at large is a highly hypocritical entity. While that may be true, you have to really understand what is going on when girls make these judgements. Most girls start their day by getting up, maybe hopping in the shower, and then deciding what to wear. If you are less vain than the rest of us and more focused on things that actually matter, you will put on something that suits the season and comes to hand first. If you are less comfortable in your own skin, you will probably do what I do: just stand there in your towel trying to decide what to wear while your outfit planning time eats into your breakfast time. For guys, this process is infinitely easier. If you are basically handsome you can throw on just about any pair of pants and a shirt and look fine. Not that guys don’t have their own issues, but that’s a different article (one that probably shouldn’t be written by me). Girls, however, are worried not only about how they look, but how other people think they look, and what their reactions might be to what other people think. Then they think what other people will be wearing, and if they will look better than them.

Then there is the whole issue of making an outfit their own; no girl wants an outfit that looks exactly like what so-and-so wore yesterday. And everyone wants their own “look.” Whether it’s funky or boho chic or punk rock or whatever the heck else people think when they are choosing their clothes in the morning, individuality is a big factor. The paradox is that while girls want their style to be their own, being too radical is also judged. So it’s a fine line to walk—wearing something different enough to be your own but not so different that it’s not “in.” Just from that, you can deduce that to girls, clothes and how they look means a lot more than what meets the eye. Therefore the judgment that may or may not be passed carries not only a negative message to the girls clothing, but also her personal style and personality as a whole. Maybe the way to remedy this is by having people care less what others think of them. But this is also much more easily said than done, and while walking into school in a radical outfit takes a definite amount of confidence, walking into school in a radical outfit that people don’t like and talk about behind your back is like fearlessly staring death in the face. Impossible.

Middle School is arguably the most awkward three years of a person’s life. This is not an original statement and while it has been said before, I feel it is prudent to restate the obvious. In Middle School, you change a lot in a very short space of time. Socially everyone sees each other incredibly differently, acting differently and treating each other differently. Physically…well that’s a different class. Anyway the fact the everyone is changing so much and therefore trying to figure out a) who they are, and b) what that really means, makes people want to express themselves. One of the easiest ways to do this is through what you wear. Since so much change and personality and self expression is captured between the threads of the clothes people choose, it stands to reason that while you may feel strongly about what you (or others) wear, putting so much into a garment of clothing can also make you weak. What I mean by this is if someone does not like your clothing, you may find everything that that clothing means to you crumbling when they comment on it. The main thing to keep in mind when this happens is that while someone may not like your outfit, they probably did not wish to insult everything else that felt insulted when they told you they weren’t partial to combat boots. And while they may not like your clothes, that doesn’t mean you shouldn’t.

Girls are going to judge each other for what they wear; it will happen your entire life. But as long as you love what you are wearing, and believe in everything that clothing means to you, that shouldn’t matter as much. You are allowed to be hurt by others not liking your wardrobe, or anything else for that matter, but if you can truly love the clothes you wear, their opinion means very little. And even if you conform to what is “in,” what is “stylish” and get fifty compliments every day, if you don’t love what your clothing says about you, you will never have true style.