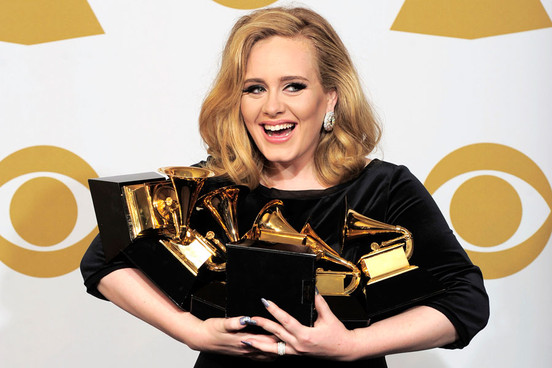 Let me just say that most songs people are listening to today are crud. I could write a graduate school dissertation on the dearth of worth-while movies on the market today, but I’m going to stick to music. Unless you’ve been living in a hole for the past couple of years, you will know the world has gone through an Adele 21 phase. After she won an armload of Grammys, she got pregnant, had a baby and has not released a song since (because she’s happy and is not a tortured artist anymore). Actually, let me rephrase that. She sang “Skyfall” for the new James Bond movie, and just won an Academy Award for Best Song for the same track. But she hasn’t released a song that does not go with a movie. Deprived of very good yodeling, we turned to pop culture to supply us with something worth listening to. You might say it rose to the occasion. Justin Bieber came out with a new album (then got caught doing drugs.) Rihanna collaborated on a song with ex-boyfriend (and attacker) Chris Brown. Nicki Minaj continued to stun and disgust with a new collection of wigs and landed a spot on American Idol as a judge. But most tunes played at school dances are really not worth people’s time.

My favorite song currently is Ed Sheeran’s “The A Team”. He has a good voice, and the lyrics actually make you think. For those of you who haven’t heard it, the song is about a drug-addicted prostitute whose face is “Slowly sinking, wasting/crumbling like pastries”. No, it’s not a dance tune, and you could argue it’s depressing, but I could listen to it time and time again.

Rihanna’s voice is rather nasal, but “Where Have You Been” and “We Found Love” are good songs, and you could definitely dance to the former. If you are of the “Birthday Cake” inclination, please note you should buy the clean version if planning to play around anyone under the age of 15. I suppose Nicki Minaj’s “Pound The Alarm” is all right, but I could not listen to it more than twice in 48 hours. And don’t get me started on “Call Me Maybe” by Carly Rae Jepsen. After being “discovered” by Justin Bieber, she came out with this very annoying jingle, not to mention the music video is homophobic.

I know half the student body will kill me for saying this, but I am not a fan of “Thrift Shop” by Macklemore. It’s just annoying, but it has a catchy beat, so you can’t stop humming/muttering it!

I listen to a couple of older Lady Gaga songs, like “Poker Face” and “Telephone” but none of her newer ones. They just bore me to tears, not to mention she seems to have decided that auto-tuning her voice is the way to go. “Scream and Shout” by Wil.i.am is okay to dance to once in a while, but Britney Spears is not doing it for me in her role. “Gangam Style” is only fun if you watch the music video, otherwise it just turns ridiculous. “Party Rock Anthem” by LMFAO is, as my mom says, an inane recording, but we all have to admit it is an awesome party song. “Sexy and I Know It” seems to have convinced almost everyone that if they just sing that song, they will automatically become sexy. And if you’re looking for meaningful lyrics, you definitely won’t find them there.

Singers need to come out with some good songs soon! Otherwise iTunes might not celebrate another billion downloads anytime in the near future.