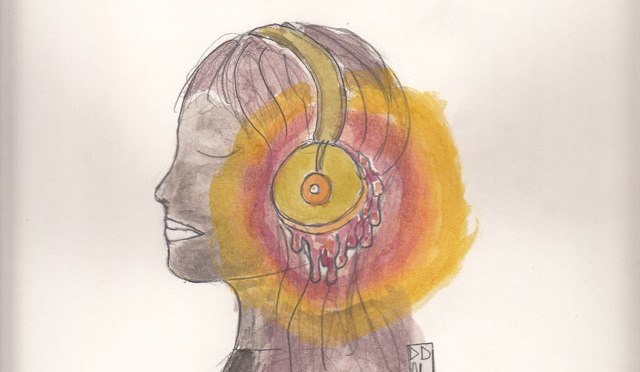 On Tuesday, May 14th, I went onto iTunes to buy the new Vampire Weekend album, Modern Vampires of the City. It’s a very good new album from yet another Indie Pop-Rock group. In other words, nothing entirely out of the ordinary. Now, as I was downloading the album to my computer, I saw that the new Daft Punk album, Random Access Memories, was streaming for free on iTunes a week before its scheduled release. I decided to put it on, just to see if it was any good. Within five minutes, I was sitting back, my eyes closed, listening to my earbuds intently. I’ve listened to the entire thing two times since then (and various songs more so), and I’m convinced that this is the best album of 2013, or at least the most important.

Daft Punk was the first “real” Electronic band.  Their songs were filled to the brim with synthesizers, hyper-lucid beats, and very, very few words. Their first three albums, Homework, Discovery, and Human After All – were bursts of sheer joy, electronic jolts to the system. Then, Daft Punk took a break for 8 years (save for the Tron: Legacy Soundrack). During this time, Electronic dance music (EDM) was blungeoned to death. Between 2005 and 2013, Electronic music lost all of its wonder, its magic. Skrillex, Swedish House Mafia, and Ke$ha have all shoved ear-piercing screeches down our throats. The music is truly electronic, without soul, feeling, or any sense of joy. The Top 10 charts are stuck in an endless cycles of thumping bass drums and Auto-Tuned hooks. For those few years, mainstream, danceable music lost all its wonder.

Then, in early 2013, “Get Lucky,” Daft Punk’s newest single, was released. It was an instant success, shooting straight to the top spot on iTunes within a week. The hypnotic, groovy track was a true breath of fresh air, with not only one of the best, purest hooks in years, but also the strange sense that by listening to this track, you were being cleansed of all the drivel that you’d ingested over the past eight years. This was true music, and it was beautiful.

So, this brings me to today, sitting in my chair as I listen to the Daft Punk album, and trying to explain to you why this album is so great, finding that the only reason I can think of is the aspect of the album that I found so surprising; it’s not that much of an Electronic album, at least in the old Daft Punk sense. Random Access Memories, or RAM, doesn’t have the same sense of excited urgency of the group’s first three albums, and the endless barrage of electric notes has been replaced by a calmer, more gracious electro-funk. There’s a guitar, a drum, various singers, a vocoder, and an occasional synthesizer. If it wasn’t done right, it would sound like a lazier, drunken David Bowie song. Instead, it uses the slower pace to pay attention to detail. Each note, each drum kick, each word (yes, there are words in this album) feels carefully chosen, everything with a distinct purpose. Any 1-minute stretch is still recognizable as Daft Punk, but it’s a newer, more ambitious group than before. There are stretches on “Giorgio by Morodor” that feature classical piano. Several songs, like “Lose Yourself to Dance” and “Get Lucky” sound more like a 70’s funk song than electronica. “Touch,” the best track on the album, jumps from early 00’s experimental ambient rock to 80’s ballads to gleeful 50’s big band trumpets to melancholic space opera choirs. Yet this isn’t a total departure from Daft Punk’s earlier work. This is a band that is heavily rooted in its past, content on staying true to a movement that they pretty much began. There are still those bursts of giddy kinetic energy so beloved by many Daft Punk. There are still those haunting robotic voices that always find a way to make Auto-Tune not only cool again, but beautiful as well. Daft Punk is able to mix all of this wild experimentation and signature beats because they’re not just great DJs, or great producers. They are great musicians, which is a surprisingly rare quality to find in anyone, let alone in dance music.

One of the most impressive accomplishments of the album is that although it operates beautifully as a whole, each song can be listened to by itself with complete satisfaction. It’s not a collection of singles with filler songs. Each track is a great piece in its own right. The album is ready for radio play as well as serious listening. It’s not just the most wildly inventive and original album of the year, either. It’s also the most listenable, danceable, pleasurable record of the year.

Overall, Random Access Memories is bigger and better than Daft Punk’s previous efforts. It feels like it means something. There’s a finality to its grandeur. The album seems to sense that the end of EDM, as we know it, is near and it’s not afraid to go out with an awe-inspiring, electrifyingly loud, exhilarating bang. This is, without a doubt, the best album of the year. Just listen to it. You’ll be blown away.